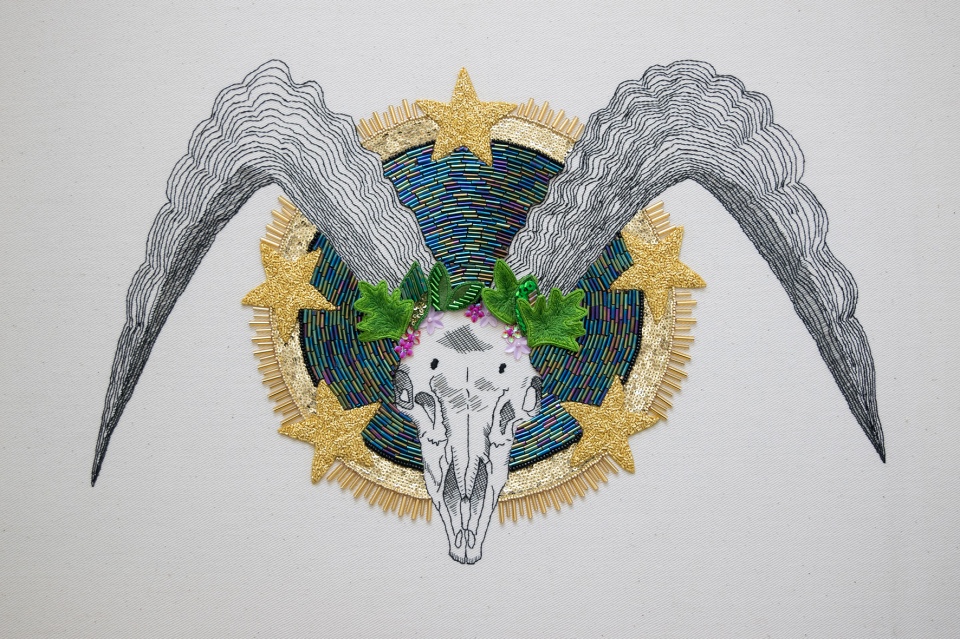 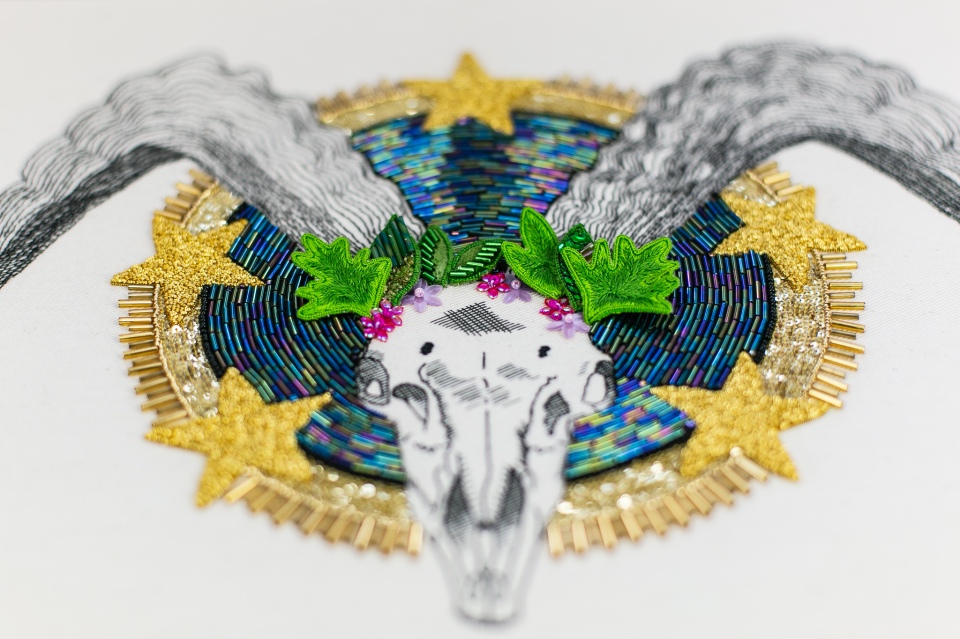 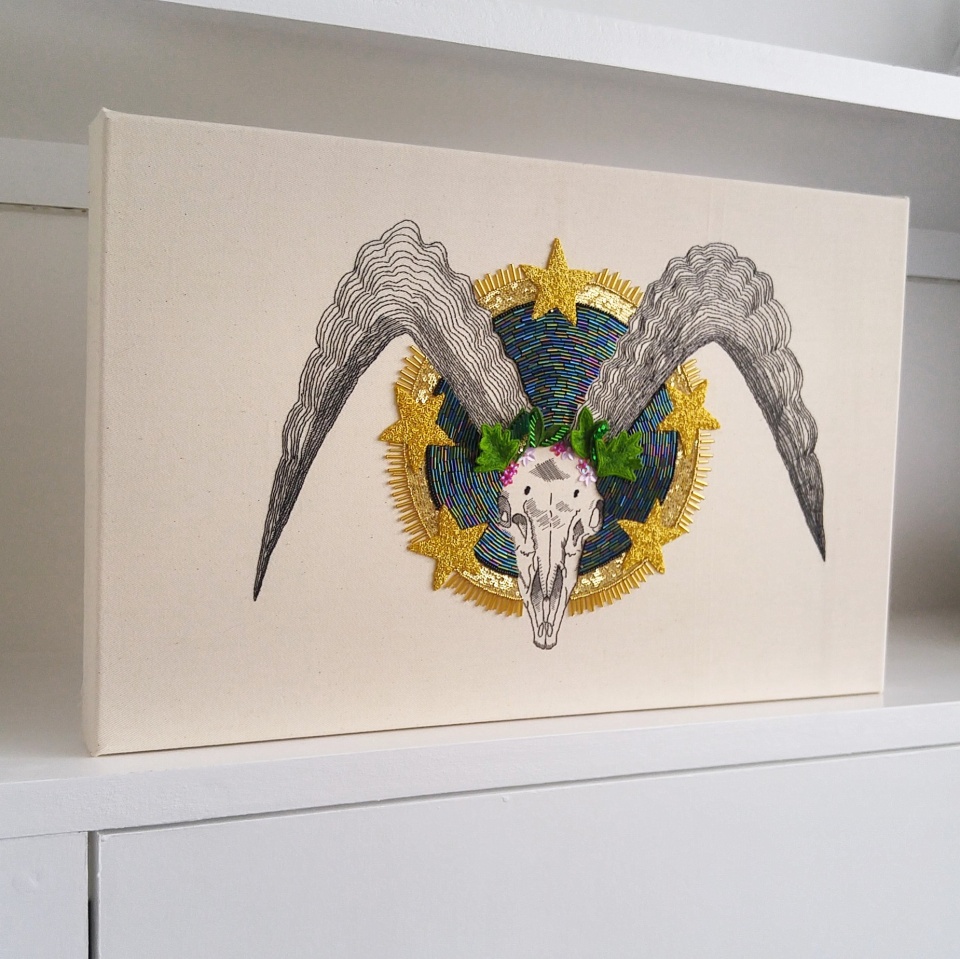 You can read the blog post about the creation of this piece here.

Extinct Icons is a series of six pieces depicting lost species’ ‘endlings’ in a highly embellished and textured hand embroidery work that suggests religious iconography amongst other visual clues, and invites the viewer to learn the stories of these ‘natural martyrs’. To google ‘extinct species’ reveals many ‘top ten’ style lists, with mini-paragraph length eulogies and sad-face emojis. There are thousands and thousands of species mankind has eliminated from the face of the planet, but the same ‘heroes’ come up again and again: Thylacine, Barbary Lion, and maybe the most famous of all, the Dodo. These are the poster children of the extinct hall of fame. Species that evolved over millennia, wiped out in the briefest expression of humanity’s ignorance. Like martyrs, persecuted in their lifetimes, I am interested in completing that cycle, and illuminating them as saints. These ‘Extinct Icons’ are the figureheads of the epidemic of mass extinction in our modern age, species lost forever as a result of human action, or inaction.