This one started differently, and with a lot of stumpwork again.

After it was confirmed that I would have my work on display at Onca Gallery for their Remembrance Day for Lost Species I wanted to make an Extinct Icon that specifically related to their theme for this year – Pollinators. 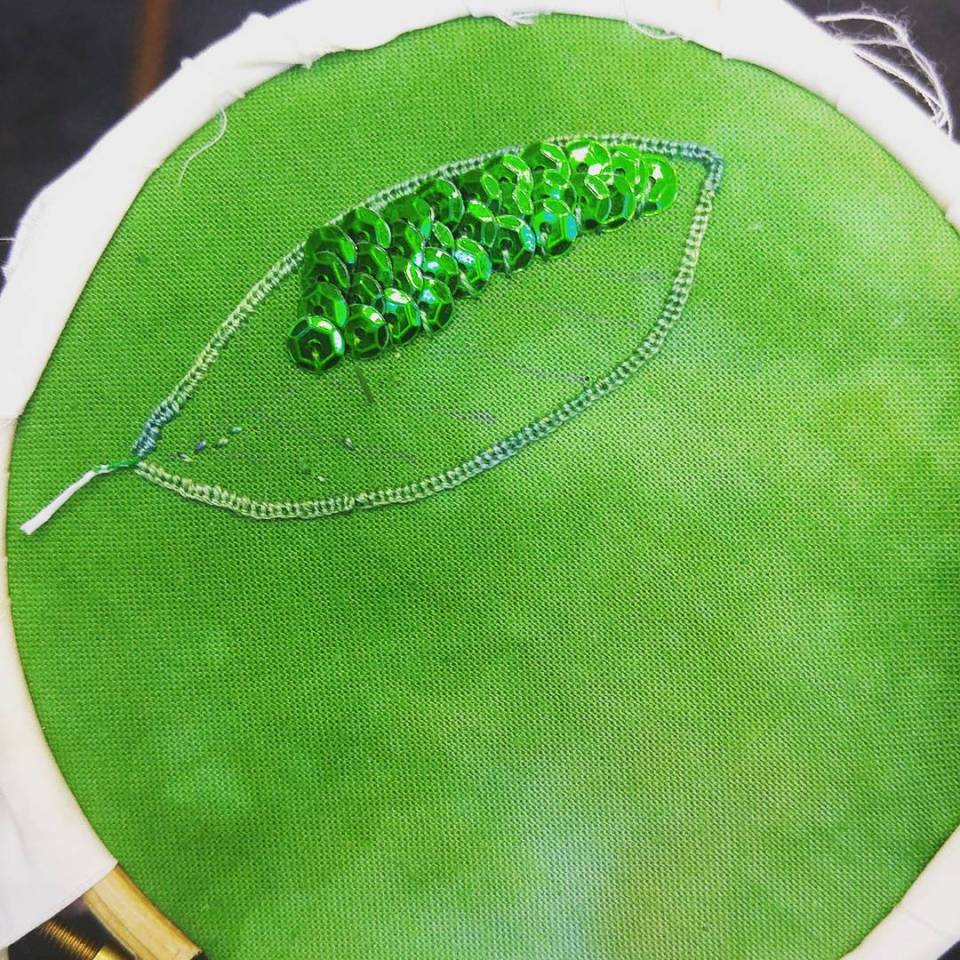 I knew immediately that it had to be a fruit bat. The importance of bats as a species has been close to my heart since I took part in a conservation project in Malaysia in my early 20s.

Bats are the bees of the tropical world, is something I’m fond of saying.

Three of the most important crops they pollinate are cocoa, banana and agave, amongst over 500 others we in the west are used to enjoying.

Bats are massively threatened by habitat loss – rainforests cut down for palm oil plantations being a big one. 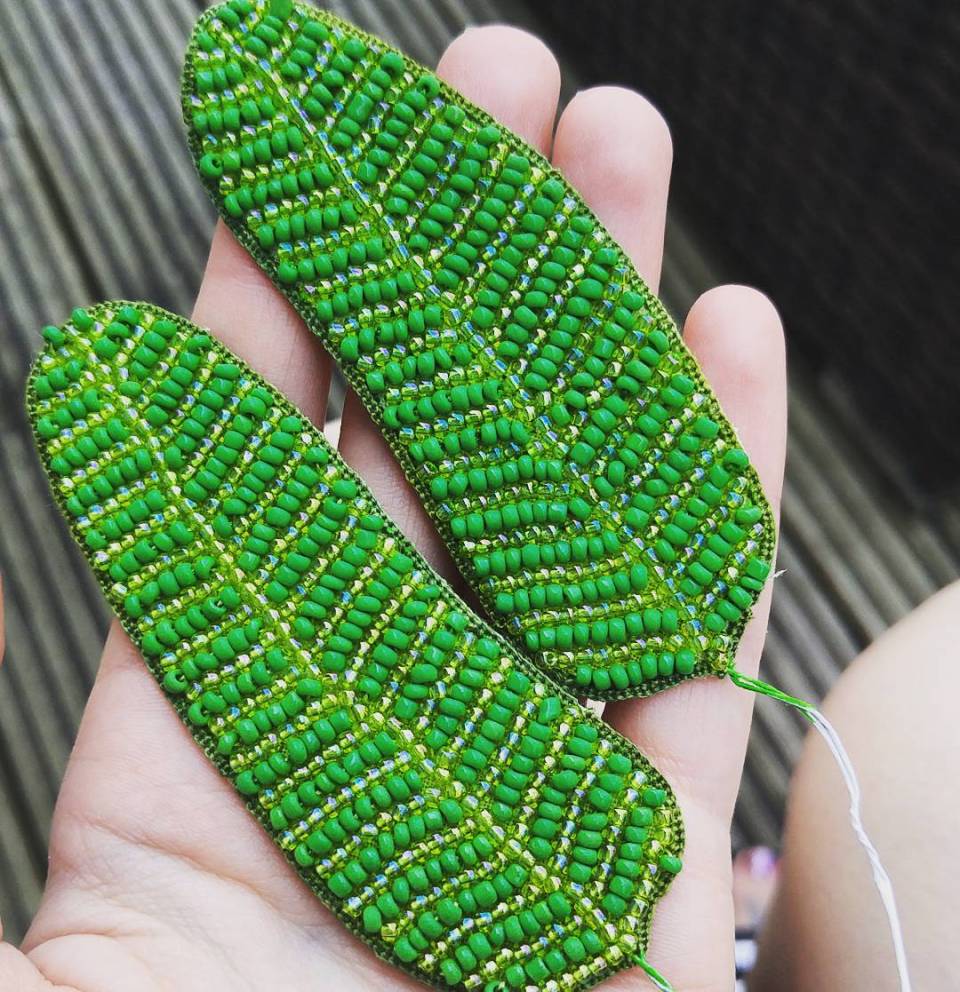 So I was inspired by religious iconography from the tropical world, usually the Virgin Mary surrounded by very colourful flora and fauna (think Our Lady of Guadalupe). 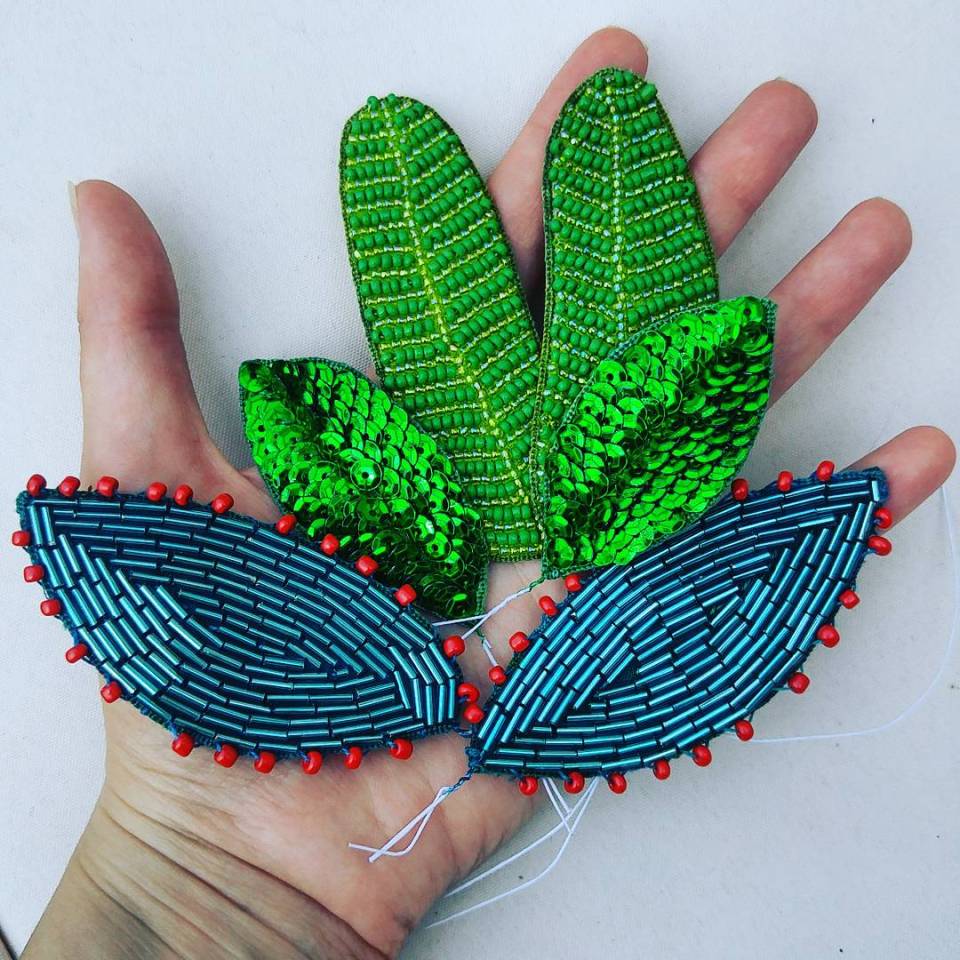 I’ve not made detached slips so heavily beaded before and they were obviously a lot heavier than just embroidered ones.

I knew this one would be smaller given the comparative scale of a bat’s skull so I switched to my hoop. 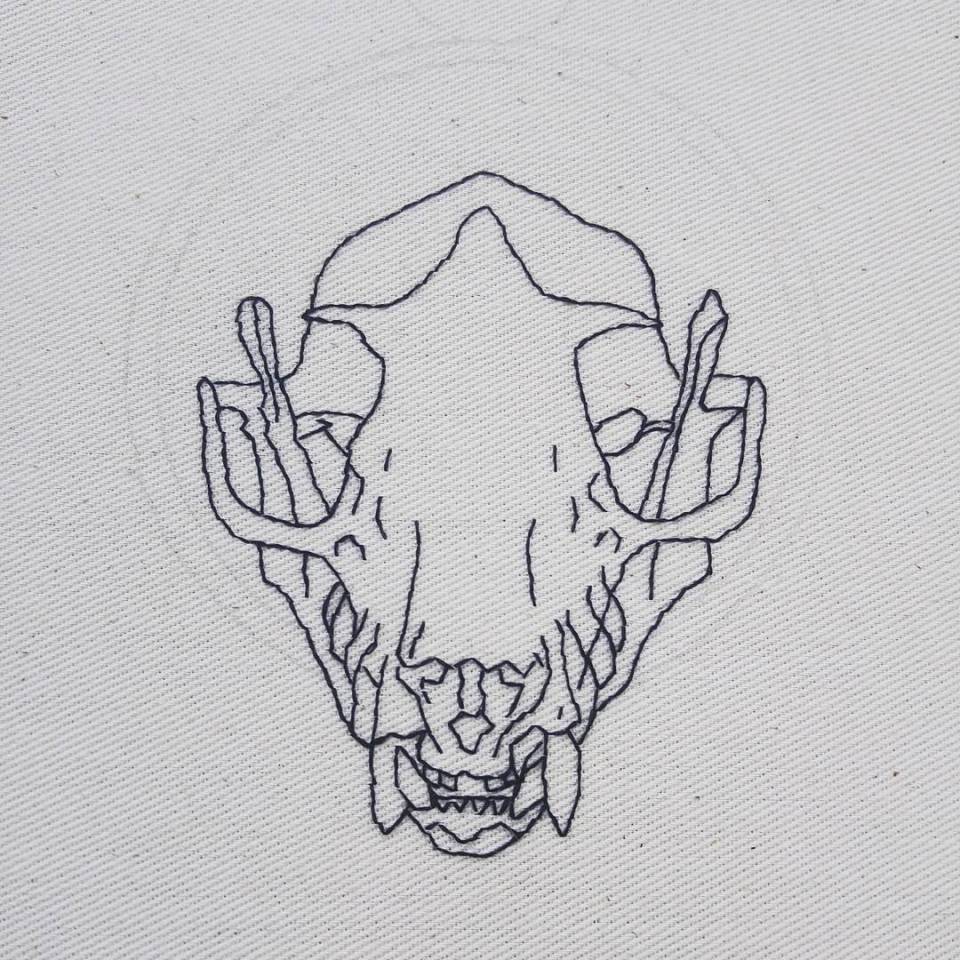 The moon is a nod to the nocturnal habits of this species.

As is the starry sky here.

To combat the heaviness of the slips they were both plunged to the reverse as well as sewn along the sides, creating sort of cups. 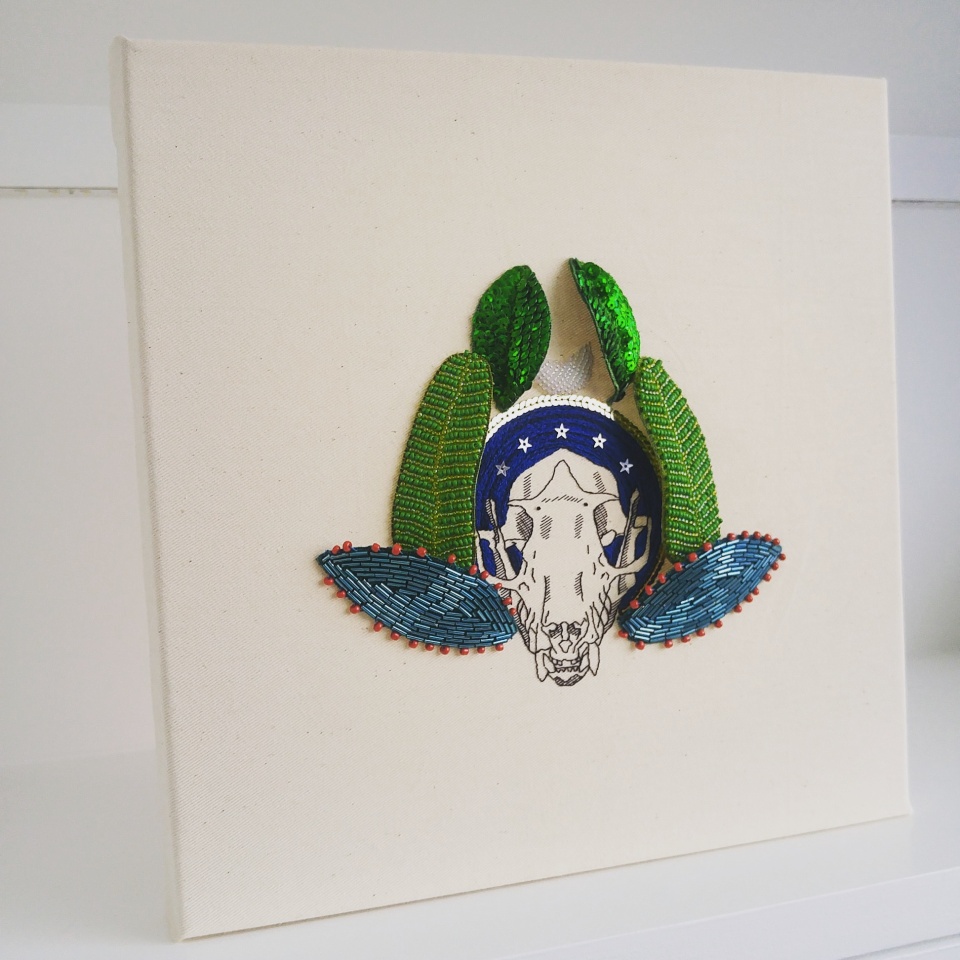 In the United States bats provide an estimated $3.7bn in insect control, but in much of the rest of the world they are woefully under researched.
Many pollinating species of bats have already become extinct, like the Dark Flying Fox of Mauritius and Reunion, or the Guam Flying Fox, due to hunting from settlers, or habitat loss from mono culture farming like oil palm. But we just don’t know how many species may be threatened.

*** 25th November Masterclass is SOLD OUT!
BUT the good news is, due to popular demand I’m running another one on 2nd December! Only 3 spots left so move fast if you wanna make your own homage to the pollinators – details here!***

One thought on “Our Lady Of The Flowers”