It’s funny sometimes to look back at old work and also to sort of realise old is not so old, and then to realise how sort of quickly your technique and style can improve. 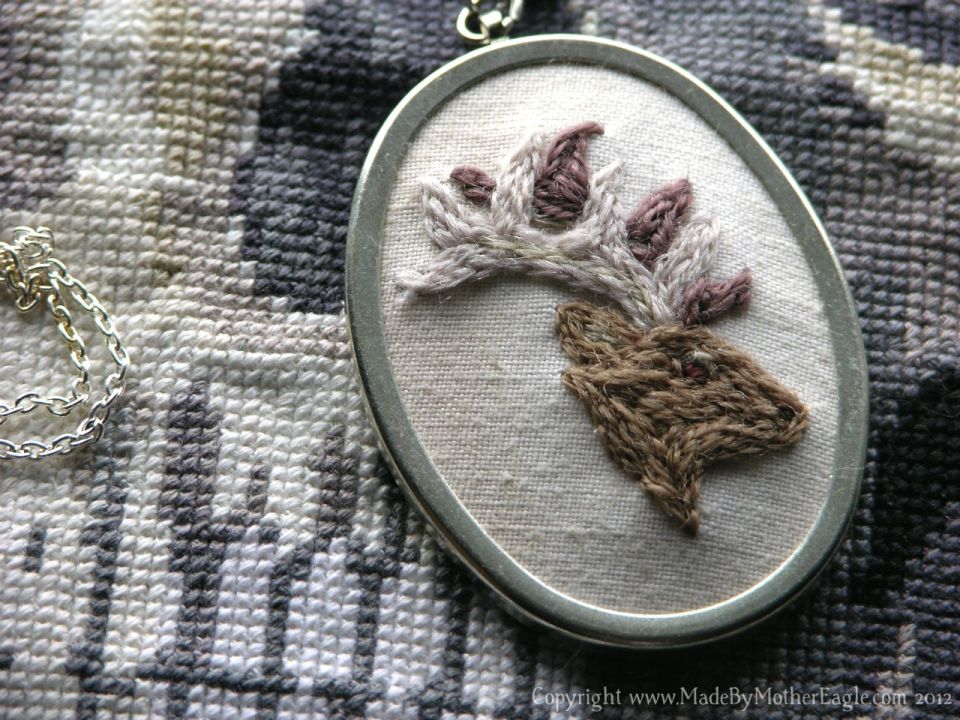 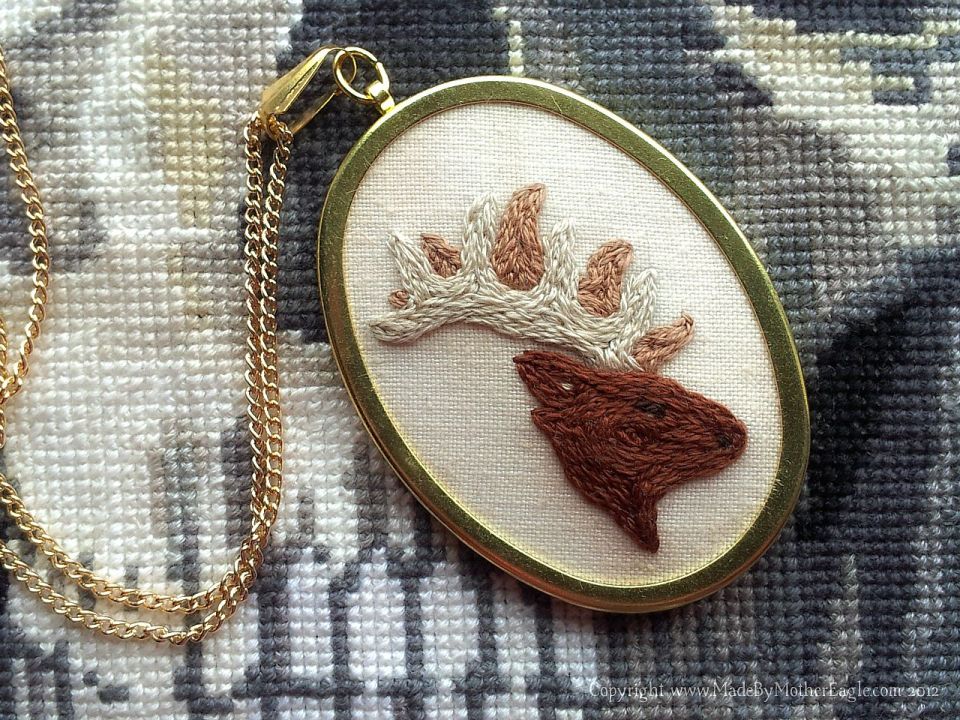 Quite different aren’t they?

Anyway, so I wanted the Stag design to have more of a feel of the Fox or Wolf pieces so I set about finding some vintage illustrations that could translate into miniature pendant size. The issue is with the antlers – encapsulating them but having a head large enough to show nice detail and character. I based the design on this copyright free vintage illustration:

I shortened the antlers to make sure he comfortably fitted into the pendant space, and selected my colour pallette from single strand cotton floss. Here’s how he took shape!

I was trying out a new transfer method this time with some new iron on coloured pencils which I wanted to use on transferring onto black fabric. It worked ok, but nowhere as good as the usual Sulky pen. 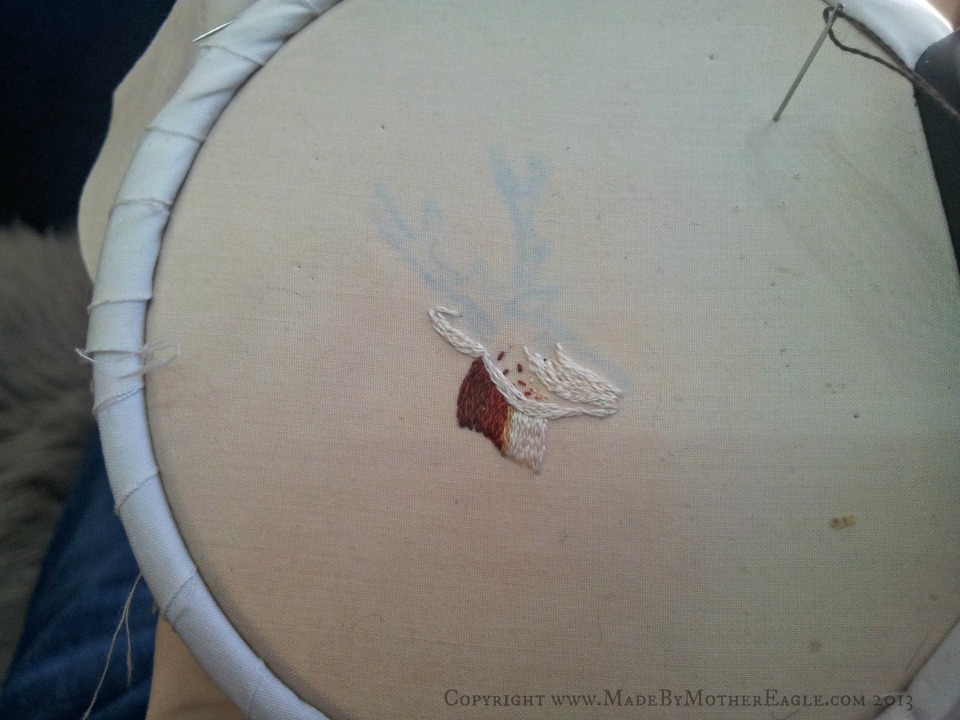 I always get really nervous about doing the features. It’s make or break.

I approached this one with a more graphic style, a bit like the Hare, rather than the Fox and Wolf which were more freestyle with the fur laid down fairly randomly to give the texture. 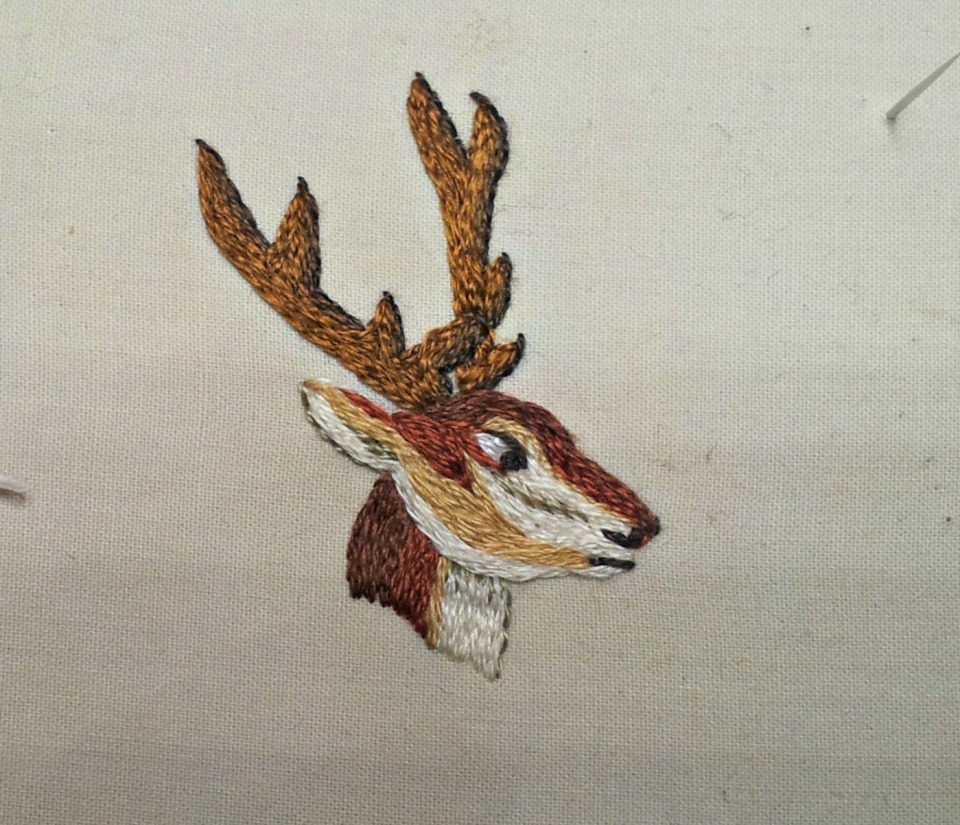 Finally added a bit of shading and definition. I love it! I’m going to do an all white version too.