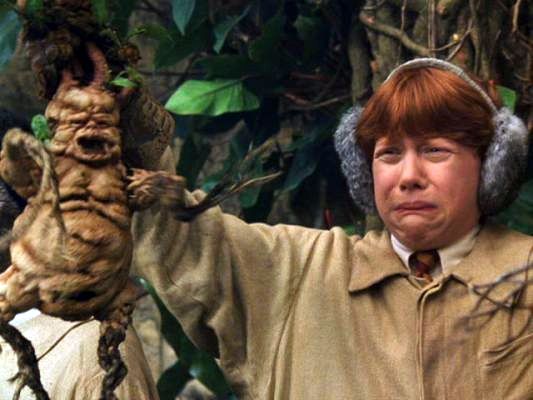 This was probably my funniest moment of all Harry Potter films. When they pull the Mandrake out for repotting.

Ooo! Mandrake! Squeel! Everyone seems really excited for me to make this one. Whenever I’ve mentioned it on Facebook or to my friends they’re all like ‘Gasp! Mandrake! Yea Cool!’ and stuff like that.

Atropa mandragora, or Mandragora officinale. Some of my fave folk names include Brain Thief, Hexenmannchen (German: Witches’ Mannildn), Zauberwurzel (Sorcerors Root), Raccoon Berry, Satan’s Apple and Herb of Circe. It has so much lore around it. Holla!

Mandrake belongs to the Nightshade family and contains deliriant hallucinogenic tropane alkaloids. The roots sometimes contain bifurcations causing them to resemble human figures, so their roots have long been used in magic rituals, and in contemporary pagan traditions.

According to the legend, when the root is dug up it screams and kills all who hear it. Literature includes complex directions for harvesting a mandrake root in relative safety. For example Josephus (c. AD 37 Jerusalem – c. 100) gives the following directions for pulling it up:

A furrow must be dug around the root until its lower part is exposed, then a dog is tied to it, after which the person tying the dog must get away. The dog then endeavours to follow him, and so easily pulls up the root, but dies suddenly instead of his master. After this the root can be handled without fear.

This is a less gruesome account as described in medieval herbals, such as British Library Harley MS 4986 (twelfth century):

‘If you want to gather the mandrake because of its great health-giving qualities, you shall gather it in this wise. It shines at night like a lamp, and when you see it mark it round quickly with iron lest it escape you. For so strong is this power in it, that if it sees an unclean man coming to it, it runs away. So for this reason mark it round with iron and dig about it, taking care that you do not touch it with the iron; but remove the earth from it with the utmost care with an ivory stake, and when you have seen the foot of the plant and its hands, then you shall at once bind the plant with a new rope, and you shall tie the same round the neck of a hungry dog, and in front of it place food at a little distance, so that in its eagerness to get the food it may pull out the plant.’

It was a common folklore in some countries that mandrake would only grow where the semen of a hanged man had dripped on to the ground (my mind boggles WHY a hanged man would ejaculate but whatever); this would appear to be the reason for the methods employed by the alchemists who “projected human seed into animal earth”.

Would you like to make a Mandragora, as powerful as the homunculus (little man in a bottle) so praised by Paracelsus? Then find a root of the plant called bryony. Take it out of the ground on a Monday (the day of the moon), a little time after the vernal equinox. Cut off the ends of the root and bury it at night in some country churchyard in a dead man’s grave. For thirty days water it with cow’s milk in which three bats have been drowned. When the thirty-first day arrives, take out the root in the middle of the night and dry it in an oven heated with branches of verbena; then wrap it up in a piece of a dead man’s winding-sheet and carry it with you everywhere.

Most magical uses around Mandrake concern protection, fertility, money, love and health. A whole mandrake root, placed on the mantel in the home, will give the house protection, fertility and prosperity. Where there is mandrake, demons cannot reside and so the root is used in exorcism. 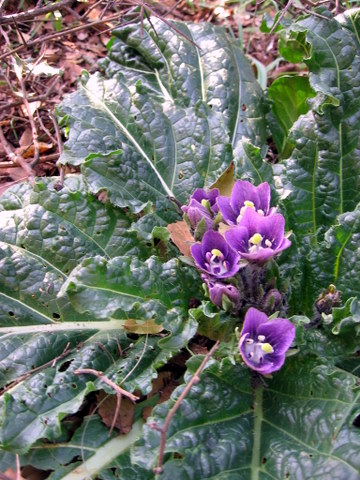 In can be kept as a talisman, as a doll under the bed in a wooden box but you must give it a bath every Friday or it shrieks.