This squinty-eyed fellow is another new design I made on the weekend. I wanted to make a fox familiar for ages but every time I went to make a pattern I could never seem to get it quite right. So on Friday I determined to sit down and make it happen, as I was a little bored of re-doing all my old designs, much as I love ’em. Well, I found one, I sketched it, I printed it, I stitched it. Here’s the progress:

The eyes I put in with split stitch and back stitch and just kinda free-wheeled it.

Then his white muzzle which I did in split stitch, then the rest of the white fur I used a kind of haphazard running stitch to give texture, much like I did with the Owl Pendants.

I probably should just take a minute to explain the big cross on his head. Well, I was using various Fox photographs as reference as I always do when doing animals  so I can get the stitching – be it feathers or fur – as ‘accurate’ as poss. It’s always a bit trial and error with a new design as I build it up in layers, thinking about which part would be the most further forward, which would sit further back etc. I also worked with a lot of colours (which you can’t really see from the photos, of course ;)) and so on the photos it was quite clear the fox had a darker X shape on its head, and so at this stage I decided to mark that out with my darkest orange, in split stitch.

What a difference his little nose makes! Also the split stitching around this part really anchored the motif and made it a lot easier to fill in the rest, knowing he had some character now. 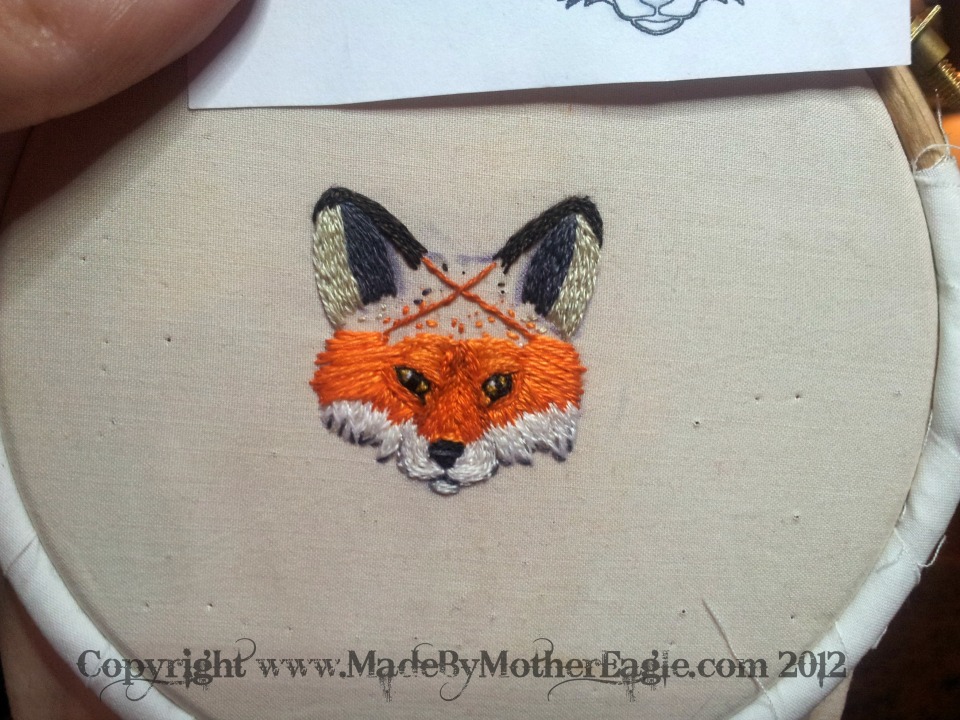 Here I split stitched his ears in…

Here I was finishing off, again using the freestyle running stitch with two needles (sometimes three) threaded up with different shades to work the fur in. I realised putting the X in was a mistake and kind of splits his head in two, so I was using this technique to blur the lines as much as anything. Look at all the different colours I used: 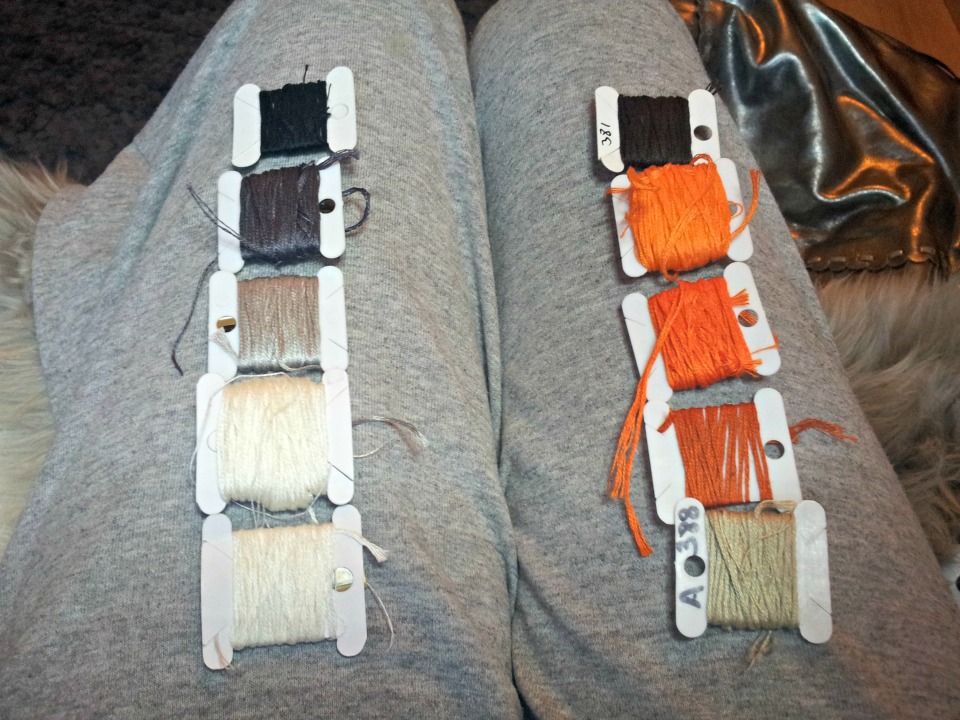 So I don’t like that about him, and the fact that he has a squinty eye; if you cover up his right eye, you have a perfect little fox expression; if you cover his left, you have a sly, grumpy fox. So I’m gonna go with he has a lazy eye following a fight with a rival male, for his Vixen’s affections ;)

I do love everything else about him though. I can’t wait to shoot him properly so you can really see all the colours and textures!