I’m shoe-horning two posts into one today, as I was so productive last weekend that I have loads of new stuff to show you, work in progress and new jewellery. So here’s a double dose:

Mr. Toad, what a grumpy fellow you are.

So I started off finding this too-charming little vintage Toad illustration, the shape of it being perfect for a bit of jewellery. His construction was more challenging than I predicted given the relative simplicity of the drawing. Do I use silk or cotton? I was so proud of my March Hare just using single strand cotton in split stitch that I was tempted to take the same approach. But then I had just the right shade of toady olive green varigated silk too, so I went with that. 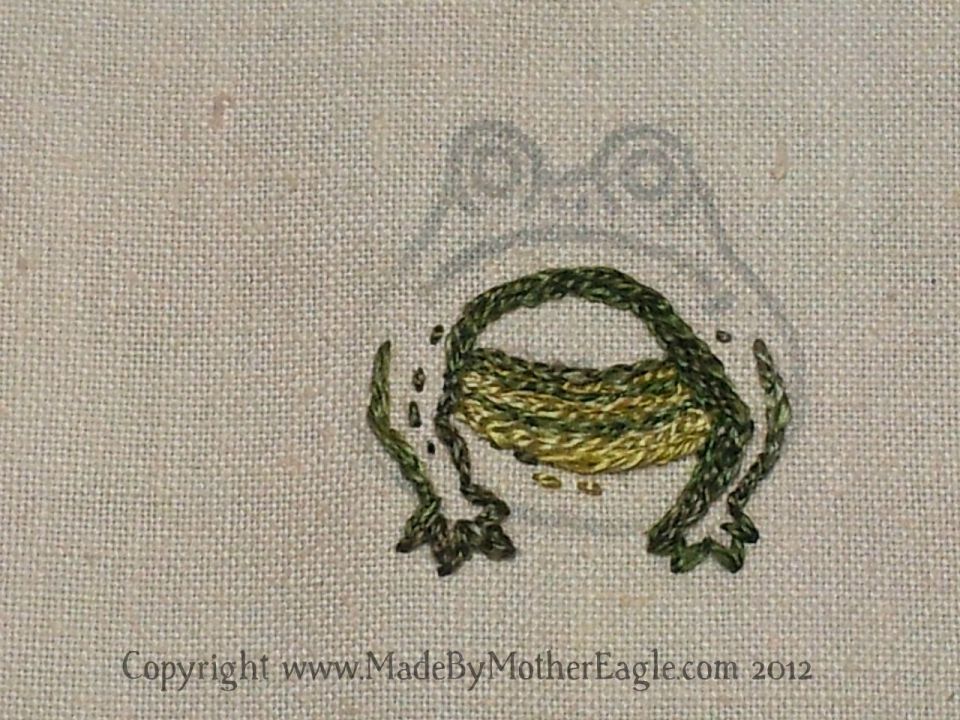 I think the design is so sweet I will be doing a version in cotton too anyway. The silk gives a nice display of colour but not easy to control the details.

What is the difference between a toad and a frog anyway? Apparently they are the same species but a different family. Toads walk rather than hop, and they have posion glands behind their eyes.

Maybe the Toad and the Beetle are rivals and have a poison-battle!

I’m really into doing these little bugs. This is a bigger little bug. I found this vintage German educational ‘Fauna Botanica’ print which served as inspiration:

I did the markings in split stitch, the legs in back stitch and the wing case in satin stitch.

Obviously the call of the silks box meant I had to colour him in more vibrant shades.

Who would win in a fight to the death between these two? Show your allegiance, they are both for sale in my shop now!

One thought on “Saturday Shop Update”